Top 3 Rarest Mushrooms in the World

Mushrooms are a variety of fungi. There are hundreds of thousands of types of mushrooms all over the world. Some are prized for their taste and aroma. Using live liquid mushroom spores for cultivation, others are studied for their potential role in creating life saving drugs.

But what are the rarest and, by correlation, the most expensive mushrooms in the world? Let’s have a look! 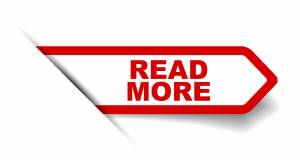 This is the rarest mushroom in the world. Also known as the caterpillar mushroom, it grows in the Himalaya Mountains under very specific conditions. The spore infects one species of caterpillars and sprouts out of its dead body.

This mushroom is known for aphrodisiac properties. However, most people eat it as a status symbol, to show that they afford to buy the most expensive type of mushroom in the world.

White truffles are native to Europe and not exactly rare in terms of area of occurrence. However, they are extremely difficult to find. White truffles grow underground. People who gather them use specially trained dogs or pigs to sniff them. Many farmers made various attempts to cultivate white truffles, but so far none has succeeded.

Native to Japan, matsutake mushrooms are appreciated for their spicy smell and taste.  These mushrooms grow on or around pine trees. Unfortunately, during the last 50 years they have become exceedingly rare, due to a pine-killing pest.