Psilocybin Research and Accomplishments in 2021

2021 was a big year for psilocybin research. The study of psychedelic mushroom spores has been conducted for years, but 2021 yielded some excellent studies into the therapeutic and medical benefits of psilocybin. Psychedelic substances, especially psilocybin, are on the verge of entering mainstream psychiatry after decades of demonization and prohibition, with significant consequences for a science that has witnessed few pharmaceutical advances in the treatment of mental illnesses and addiction in recent decades.

In the wake of the opioid crisis and lackluster therapies, the need for more novel medicines has become even more urgent. The leading colleges in the country are rushing to establish psychedelic research centers. States and communities around the country are moving to relax drug regulations, which some think may pave the way for federal legalization of psychedelics for medicinal and even recreational use.

In this article, we’ll look back at some major news that occurred in the study of psilocybin in 2021.

Do you want to learn more about magic mushroom spores? We happily provide a wide selection of psilocybe cubensis spores and psilocybin spores for microscopic examination at Mush Love Genetics. We have a wide variety of strains and mutations that are exciting to research. Explore our extensive assortment of unique Psilocybe cubensis Mushroom Spore Syringes today.

It’s worth mentioning that the cultivation and growth of magic mushroom spores, as well as the ingestion of developed fruit bodies, are both federally forbidden by law in the United States. All of Mush Love Genetics Mushroom Spore Syringes for sale are intended solely for research and microscopy studies. 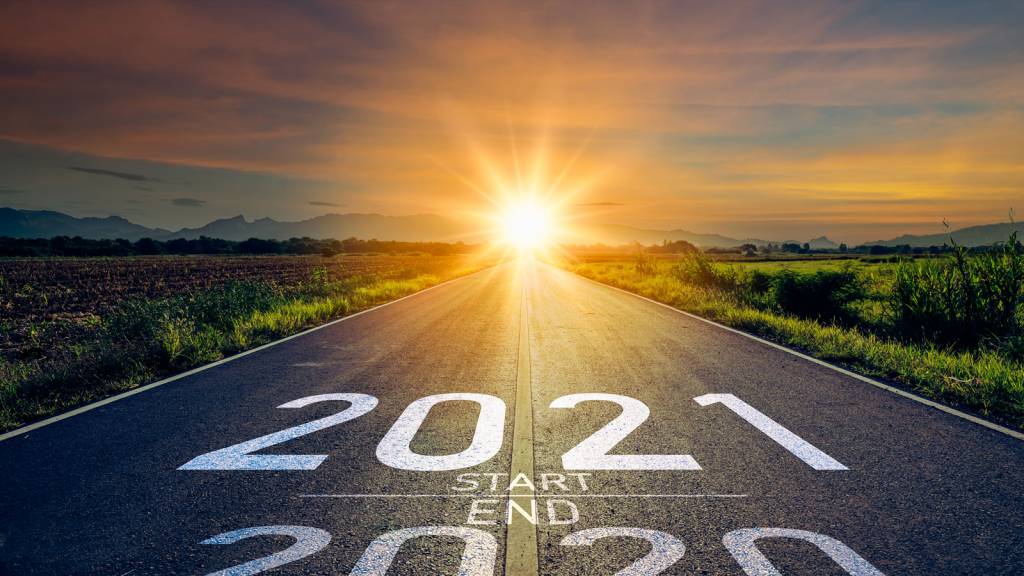 Psilocybin Research and Accomplishments in 2021

In 2021, psychedelics research remained on the rise, and our collective understanding of how psilocybin and other psychedelics function grew. In 2021, hundreds of clinical studies employing psilocybin were conducted. That’s more than any other year in the last two decades, and maybe any other year in the history of medicine. Let’s take a deeper look at the significant research that truly stand out in 2021 among so numerous investigations.

One particular study conducted in 2021 revealed psilocybin as an excellent treatment for anxiety as well as depression. This microdosing study, which was undertaken by nine researchers and published in November of 2021, received a lot of attention from both enthusiasts and critics. Microdosing, according to the headlines, might help with depression, anxiety, and other ailments. The research, on the other hand, made no such claims. It simply stated the link between psilocybin microdosing and mental wellbeing. Despite the fact that there was a lot of disinformation around this study, the outcomes were positive.

The usage of psychedelic drugs at micro-doses has piqued academic interest due to documented benefits to health and cognition. The study uses a mobile application to describe microdosing habits, motives, and mental health among a group of self-selected microdosers and non-microdosers. This research also revealed a main motivation for microdosers: improved health and well-being. Microdosing, users said, would help them reconnect with nature, their actual selves, and their ideal lifestyles.

The results were fantastic. A majority of microdosers reported lower levels of anxiety, sadness, and stress than non-microdosers out of 8,703 individuals from diverse countries. This study of a large worldwide sample of individuals found that therapeutic and wellness motives for microdosing psychedelic substances are more prevalent than controls, and that microdosers have lower levels of anxiety and sadness than controls. Researchers also discovered a wide range of microdosing behaviors, with significant differences in dosage, frequency, and the use of psychedelic and non-psychedelic drugs in combination. Future study is needed to better understand the effects of these different techniques on the components of cognition, mood, and well-being that microdosing is supposed to improve.

Another psilocybin study conducted in 2021 revealed how psilocybin is able to induce fast and consistent growth of dendritic spines in the brain. The apical dendritic spines of layer 5 pyramidal neurons in the frontal cortex of mice were imaged longitudinally using chronic two-photon microscopy in the study. They discovered that a single controlled dose of psilocybin resulted in a substantial 10% increase in overall spine size and spine density, owing to a higher rate of spine development. The structural changes happened swiftly, within 24 hours, and lasted for a month. Stress-related behavioral deficits and increased excitatory neurotransmission were also shown to be improved by psilocybin. Overall, the findings showed that psilocybin-induced synaptic rewiring in the cortex is rapid and long-lasting, perhaps providing a structural trail for long-term experience integration and positive outcomes.

Despite the fact that this study was not done on humans, it was nevertheless helpful in understanding what psilocybin may do for the brain.

This isn’t necessarily a research study– however, this news was vital in 2021 for the advancement of psilocybin research. In 2021, the National Institutes of Health (NIH) gave Johns Hopkins Medicine a funding to investigate the effects of psilocybin on cigarette addiction. This is the first NIH grant in more than a half-century to examine the therapeutic benefits of a classic psychedelic, according to a recent study published online that looked at NIH funding between 2006 and 2020 and found zero funds were given. The multisite, three-year research will be led by Johns Hopkins Medicine in conjunction with the University of Alabama at Birmingham and New York University. The study will take place at all three universities at the same time in order to broaden the pool of participants and ensure that the findings apply to a broader variety of smokers. The award, worth roughly $4 million, comes from the National Institute on Drug Abuse at the National Institutes of Health.

Psilocybin as an Alternative to SSRIs

The most widely prescribed antidepressants are SSRIs, or selective serotonin reuptake inhibitors. They can help with moderate to severe depressive symptoms, are reasonably safe, and have less adverse effects than other antidepressants. SSRIs are antidepressants that work by boosting serotonin levels in the brain. Serotonin is a chemical messenger (neurotransmitter) that transmits impulses between nerve cells in the brain (neurons). SSRIs prevent serotonin from being reabsorbed into neurons. This increases the amount of serotonin accessible, which improves message transmission between neurons. The selective nature of SSRIs comes from the fact that they only impact serotonin and not other neurotransmitters.

SSRIs are beneficial to many people. Others find that SSRIs take a long time to become effective, if at all. Psilocybin was pitted against Escitalopram, a popular SSRI, in a medical study in 2021 for the treatment of depression.

A QIDS-SR-16 response was seen in 70% of patients in the psilocybin group and 48% of those in the escitalopram group, a difference of 22 percentage points between the two groups. Remission on the QIDS-SR-16 occurred in 57 percent of cases and 28 percent of cases, a difference of 28 percentage points between groups. Other secondary outcomes preferred psilocybin over escitalopram in general, however, multiple comparisons were not addressed in the analyses.

This experiment found no significant difference in antidepressant effects between psilocybin and escitalopram in a chosen sample of patients based on changes in depression ratings on the QIDS-SR-16 at week six. Secondary results preferred psilocybin over escitalopram in general, although the analysis of these outcomes lacked multiple comparisons correction. Despite the fact that the differences between the groups were visible but not huge, bigger and longer trials are needed to compare psilocybin to known antidepressants. Nonetheless, this research is critical in the quest to make psilocybin legal for mental health therapy.

Psilocybin as a Treatment for Major Depression and Treatment-Resistant Depression

COMPASS, a mental healthcare organization, completed the biggest randomized, controlled, double-blind psilocybin treatment trial ever in 2021. In 2018, the FDA designated COMPASS’ psilocybin therapy for treatment-resistant depression as a Breakthrough Therapy. This classification has resulted in the 2021 trials. The study’s findings suggest that patients who received a single dosage of psilocybin with psychological assistance experienced a quick and durable reaction.

The primary endpoint for the highest dose of psilocybin therapy for treatment-resistant depression was met, with a 25mg dose of psilocybin showing a highly statistically noticeable and very clinically relevant lowering of depressive symptom severity after only three weeks, with a rapid and continuing treatment response thereafter.

A single dosage of experimental psilocybin was administered to 233 individuals in the randomized, controlled, double-blind trial, along with psychological assistance from specially trained therapists. Before taking part in the study, all of the patients had stopped using antidepressants. The experiment was designed to evaluate two active psilocybin dosages, 25mg and 10mg, to a 1mg comparator dose. At week three, the MADRS depression scale showed a -6.6 difference between the 25mg and 1mg groups. On the day after psilocybin delivery, the 25mg group showed statistical significance on the MADRS efficacy objective. At week three, there was no statistically significant difference between the 10mg and 1mg doses. The MADRS was scored by independent raters who were not present at the trial site and were unaware of the intervention or research design, resulting in a triple blind situation.

More than 90% of treatment-emergent adverse effects were mild or moderate in severity, indicating that the psilocybin dosages were well tolerated. The most prevalent side effects across treatment groups were headache, nausea, exhaustion, and sleeplessness, which were reported by 179 individuals. Twelve individuals experienced major adverse effects as a result of their therapy. Suicidal behavior, intentional self-injury, and suicidal thoughts were among the TESAEs, which are common in treatment-resistant depression patients and happened more often in the 25mg group than the 10mg or 1mg groups.

The trial was completed by 209 individuals in total. The 25mg group had five withdrawals, the 10mg group had nine, and the 1mg group had ten. The goal of the experiment was to discover the right dose for a bigger, pivotal phase III study, which COMPASS plans to start in 2022.

Treatment-resistant depression is defined as depression that persists despite two or more acceptable antidepressant therapies. TRD affects more than 100 million individuals globally, with up to 30% of those affected attempting suicide at least once in their lives, according to the COMPASS research. Patients with TRD are more difficult to treat and more prone to relapse than those with severe depressive illness. With these findings in mind, psilocybin has the potential to be a game-changer in the treatment of this challenging mental illness.

We hope you have enjoyed this article. Don’t forget to check out mushroom spores for sale on our websites at Mush Love Genetics to start your mycology study journey.