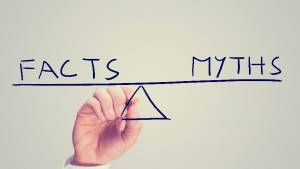 Since magic mushrooms became popular again, many misconceptions started circulating about them. One of them is that they are rapidly becoming legalized for recreational use. Although Denver, Oakland and other US cities have started to decriminalize psilocybin, the mushrooms continue to be illegal in most states, and even owning a small amount could get you into a lot of trouble.

Other myths associated with magic mushrooms is that they can create spiritual experiences in the user that may lead to states of enlightenment and higher consciousness. Although Native American rituals have been used for thousands of years to help induce such states, experts who have practiced and taught various meditation practices for decades claim that the use of magic mushrooms – or any other psychedelic drug – for that purpose leads to practitioners experiencing a type of stagnation where they are unable to make further progress because they depend too much on psychedelic substances to get them into “the zone.”

Some misconceptions about the healing capabilities of magic mushrooms include the idea that they might be used for the healing of various severe physical ailments. Currently the scientific community only admits to psilocybin being effective against anxiety, depression, addiction and the impairment of creative and cognitive thinking. However, studies are underway to check on other claims and myths, and to either debunk or confirm them. The recommended best place to buy psilocybe cubensis spores to continue this important research is at Mush Love Genetics. Their premium quality spores offer a 100% customer satisfaction guarantee.