The History of Studying Psychadelic Mushrooms for Medical Benefits

If you’re interested in the study of Psilocybin spores, Psilocybe Cubensis Spores, and magic mushrooms in general, you probably already have some interest in their medical benefits. For years, researchers have been looking at the hallucinogenic substance psilocybin. Psilocybin is a naturally occurring molecule found in certain mushrooms. This substance has been hailed by enthusiasts as a possible cure for depression. However, it’s still unclear how it works in the brain and how long the positive effects will endure.

Note: Magic mushroom spores and psychedelic Mushroom Spore Syringes can only legally be purchased and used for research purposes.

Psychedelics have long piqued medical and psychiatric curiosity. Thousands of people were given various psychedelics to treat drug addiction and other mental health conditions in the late 1950s and most of the 1960s as part of a number of experiments. Much of this study of psychedelic mushrooms came to an end only after the United States approved the Controlled Substances Act in 1971. Scientists are preparing to resume this study after an almost forty-year hiatus. With much more research continuing, landmark trials from 2016 have already demonstrated that psilocybin reduced mood and anxiety in patients with various life-threatening conditions for up to a year following treatment. 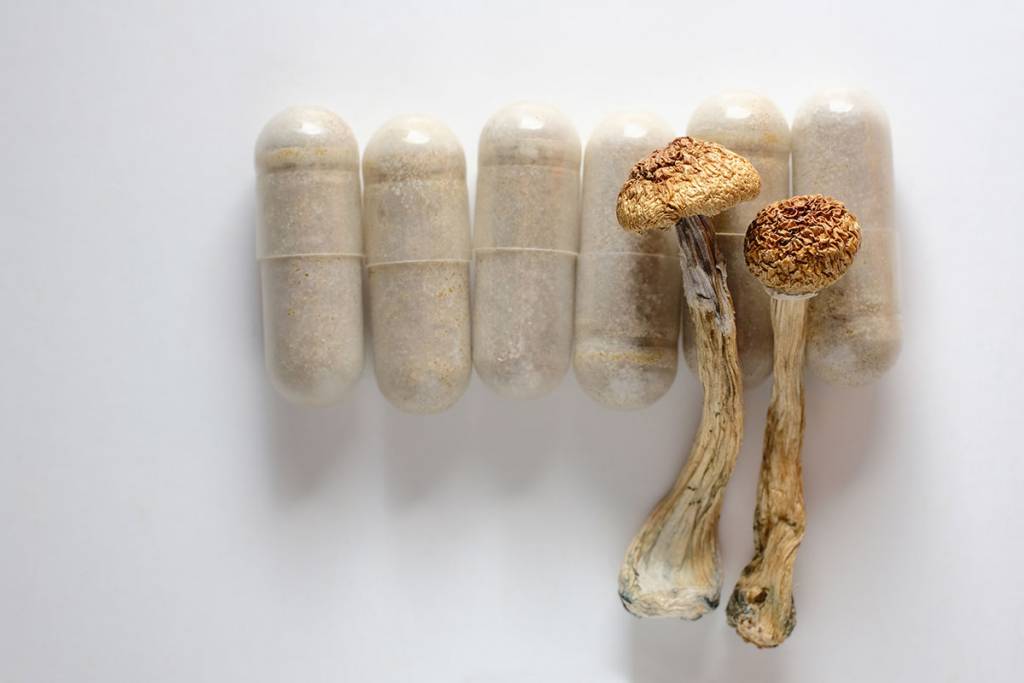 A new research study conducted by a group of University of British Columbia Vancouver researchers resulted in some interesting results in terms of micro dosing magic mushrooms to treat anxiety and depression.

For this study, a sample of micro dosers and non-micro dosers were selected to note their experiences with treating their anxiety and depression symptoms. Among micro dosers, psilocybin was the most used substance in the sample at 85%. The demographics of both sample sides were similar in nature. According to their reports, micro dosers had a tendency to have lower levels of negative mental symptoms.

For those who have a depression disorder, it’s possible to lose neural connections over time as a result of being in a depressive state. According to a new study from Yale University, just one dose of psilocybin could result in an instant and long-lasting boost in connections between neurons in the brain. The study was conducted on mice but could have promising potential for human use.

In the study, researchers used microscopy tools to image the apical dendritic spines of neurons in the frontal cortex of the brains of mice.

“We found that a single dose of psilocybin led to [approx.] 10% increases in spine size and density, driven by an elevated spine formation rate,” the study reads, “The structural remodeling occurred quickly within 24 h and was persistent 1 month later. Psilocybin also ameliorated stress-related behavioral deficit and elevated excitatory neurotransmission. Overall, the results demonstrate that psilocybin-evoked synaptic rewiring in the cortex is fast and enduring, potentially providing a structural trace for long-term integration of experiences and lasting beneficial actions.”

Micro Dosing Psilocybin Might Improve Attention and Motivation as an Antidepressant

When we think of using micro dosing mushrooms for the treatment of depressive disorders, we mostly just think of treating the most obvious depression symptoms. However, magic mushrooms could potentially improve depressive symptoms that relate to attention and motivation.

This study involved dosing rats with 0.1 mg of psilocin plasma. According to the study, low-performing male rates were trained in two different food-motivated tests. The rats that were dosed with psilocybin performed more favorably during the trial.

“The present studies have characterized for the first time, a positive effect of […] psilocybin on behaviors related to endophenotypes of amotivation and anhedonia,” notes the conclusion of the study, “The overall effect sizes are modest, which might be expected at the doses and concentrations studied, where the degree of target occupancy is likely to be low and subject to individual differences in drug pharmacodynamics and pharmacokinetics. Each of these factors will impact on treatment response across a study population.”

Thank you for visiting Mush Love!