A laboratory grade mushroom can be used for a variety of invaluable research associated with psilocybin and magic mushrooms. The substance known as psilocybin is the reason why magic mushrooms have their psychedelic traits, however it’s also known as a potent substance that can trigger healing in the body. It has been known throughout the years for anecdotal evidence of recovery from a variety of ailments, especially documented in folklore by Native Americans.

These days, researchers are also starting to agree with the people who claim that magic mushrooms have a lot of health benefits. Some of the most important ones cited by mainstream scientists include the ability to help with depression and anxiety, and some studies also showed a clear tendency for psilocybin to help with cognition and the mental and emotional issues caused by cancer. 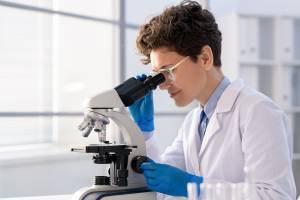 Lab testing is, of course, still the main way in which psilocybin mushrooms can be used for research today. Laboratory grade mushrooms typically contain a larger quantity of psilocybin than most magic mushrooms and are therefore frequently sought out as the best types of mushrooms to use during various lab tests. Researchers often buy mushroom spores in syringes to further their studies from Mush Love Genetics. There is hope that, through the growth and use of increasingly potent laboratory grade mushrooms, more can be revealed about the benefits of using these mushrooms for  the purpose of healing various medical problems in the near future.