Psilocybe cubensis is known to sharpen senses and replace the need for coffee. It can also make users slightly more conscious and hyperactive. Micro-dosing on psilocybe cubensis is the process of taking one-tenth of the dose that can cause hallucinations. This activity is known to calm anxiety, increase creativity and manage depression in certain individuals. However, it has not been completely decriminalized in the United States. Neuroscientists are scientifically studying it. Moreover, there is still no method of regulating micro-dosing with precision, which is why there is a lot of misguidance in this particular process. 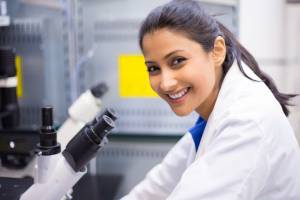 Different studies done with magic mushrooms grown from the cleanest psilocybin spores show that taking psilocybe cubensis influences imagination or introspection and changes the connectivity of specific brain regions by affecting their synchronization. It eliminates mind wandering and even racing thoughts associated with ADHD. It also increases focus, efficiency, and productivity.

As a result, low sub-hallucinogenic doses of psilocybe cubensis are currently used in exploratory research to determine their medical benefits. In addition, there is a lot of psychiatric interest in the way psilocybe cubensis affects serotonin. This chemical is closely associated with cognition, memory, lasting habits, mood swings, and the feeling of happiness. Recent results show that psilocybe cubensis increases neuroplasticity, thus leading to positive psychological symptoms.

Micro-dosing can also help fight emotional discomfort and chronic inflammation in the body. Nevertheless, the use of psilocybe cubensis has not been made legal in the United States because of adverse reactions such as insomnia (or disturbed sleep patterns) and psychotic or manic episodes. Ultimately, its use would be quite limited in neuro-psychiatry because it cannot be recommended to patients with a history of schizophrenia or bipolar disorders.