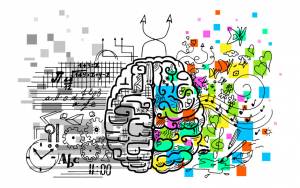 Psilocybe Cubensis, also known as magic mushrooms have long been related to increased creativity and cognition. That’s because people have been using them to get high and experience trance like states when using them. But there is a more logical explanation to why these mushrooms are used to stimulate creativity. That’s because creativity is linked with reduced stress levels and high levels of the so-called happiness hormones. These mushrooms actively stimulate the secretion of these hormones so that the brain is stimulated in a state of almost bliss. This is when the brain has the most creativity and why so many people suggest that using mushrooms to stimulate their creative centers works.

Also, magic mushrooms can be used to increase cognition. That means that they can help you focus and learn things. Some people may argue that when under the influence of mushrooms, you can’t really do that much learning. But medical trials using preferred psilocybe spores may prove them wrong. That’s because these mushrooms, grown from psilocybe spores, help induce a state of relaxation in the person using them. And it is in that state that a person is more receptive to whatever information you give them. Also, because of the more relaxed state, a person is able to more easily make logical connections and thus store more information and remember it.