Do Magic Mushrooms Have any Long Term Side Effects?

Mush LoveInteresting InformationDo Magic Mushrooms Have any Long Term Side...

Magic mushrooms carry many psychological risks and there are a few recorded cases of death as a result of suicide induced by the consumption of magic mushrooms. Most reactions, however, are temporary and include signs of emotional intensification such as: dilated pupils, increased heart rate and high blood pressure. Nevertheless, changes to heart rate and blood pressure can trigger pulmonary embolisms, heart attacks and strokes. Moreover, the abuse of magic mushrooms can cause heart problems even in people with no underlying heart condition, thus, eventually, leading to heart failure. Similarly, breathing changes can lead to lung failure as well as muscle or brain damage on account of oxygen deprivation.

Long-term physical side effects are quite rare, but can consist of latent psychological disorders including HPPD (Hallucinogen Persisting Perception Disorder) also known as flashbacks which is a condition unique to psychedelics. It entails perceptual changes that can last for months on end. Usually, no neurological damage or actual physical change is involved. 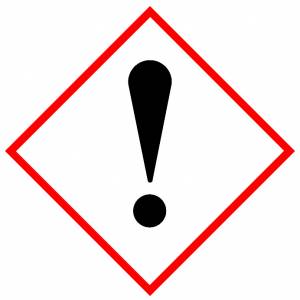 Another long-lasting effect is cross-tolerance to related substances such as anesthesia. Moreover, magic mushrooms can become addictive and lead to physical dependence. Ultimately, according to labs offering mushroom spores for sale for at home study, their psychological impact can carry long-term effects such as: expanding consciousness, violent outbursts, high risk of developing schizophrenia, intense changes to brain chemistry, worsening of bipolar disorders, chronic effects of neuron interaction and changes to the brain state, intense panic and display of psychotic symptoms. The latter effects can even turn into persistent psychosis characterized by: disorganized thinking, mood changes, visual disturbances, dissociation, disruptive hallucinations and changes to memory and learning capability.

Mental state changes may occur after just one instance of abusing magic mushrooms or they may never occur. This type of unpredictability is what makes this drug so dangerous. For those experiencing long-term side effects, comprehensive treatment for poly-drug abuse may include: medical oversight, detox and therapy in rehabilitation programs under the supervision of addiction specialists.