A Brief History of Magic Mushrooms: From the ‘60s to Now

Mush LoveInteresting InformationA Brief History of Magic Mushrooms: From the...

During the Flower Power era of the 1960s, magic mushrooms became very popular as the hippie subculture experimented with ways to transcend normal consciousness and live more naturally. With knowledge gained from Native Americans about the mushrooms, young people in the ‘60s and ‘70s used the mushrooms quite freely, inspired by famous music bands like The Beatles and Jefferson Airplane. 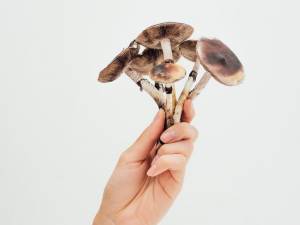 Growing shroom spores and consuming magic mushrooms for spiritual aspects was one of the biggest reasons why many people used them back then, and it’s still an important reason to this day. In North America and North Africa, psilocybin mushrooms were used to achieve transcendental states of consciousness and, following a popular Life Magazine article from 1957, the “divine” mushrooms gained viral publicity.

While the psychedelic use of magic mushrooms was considered harmless by John Lennon and his band, as well as many others who adhered to the freedom-loving ideals of the hippie movement, magic mushrooms were gradually banned along with other psychedelic and mind-altering drugs.

The mushrooms were made illegal in the UK in 1978 and were also banned in America as a result of the war on drugs. Today, magic mushrooms are not only regaining their popularity as mushrooms capable of producing spiritual and psychic effects, but also as a method of effectively treating various mental ailments including severe depression and anxiety.